Add a Carlos & Jason Sanchez to your collection and support the Contemporary Art Galleries Association!

Carlos & Jason Sanchez are a team of artists living and working in Montreal. Their photographs are eerie tableaus that read like broken narratives; they are lush and complex scenes that explore psychological landscapes. Leaving the viewer with the chance to unlock the hidden storyline, these Montreal-based brothers create large-scale photographic prints that are cinematic in scope and compelling in content. Functioning as directors, every photograph is cast and meticulously staged, adding to the intriguing narrative and sense of mystery that surrounds their stunning photographs. They have also created installation projects that have been exhibited in Canada and the United States. They are represented by Parisian Laundry in Montreal.

The inspiration for In Protest came in 2010-11 when Mohamed Bouazizi, a Tunisian street vendor, set himself on fire following years of humiliation and harassment from local police officers. The image depicts a woman engulfed by flames in a public space, surrounded by a group of terrified onlookers. The reasons motivating her action are unknown, as our interest lies in confronting the horrific act of self-immolation as a last-resort measure in standing up for one’s beliefs.

The work is framed with a black lacquered wood moulding and the print is part of a limited edition of 20 copies. 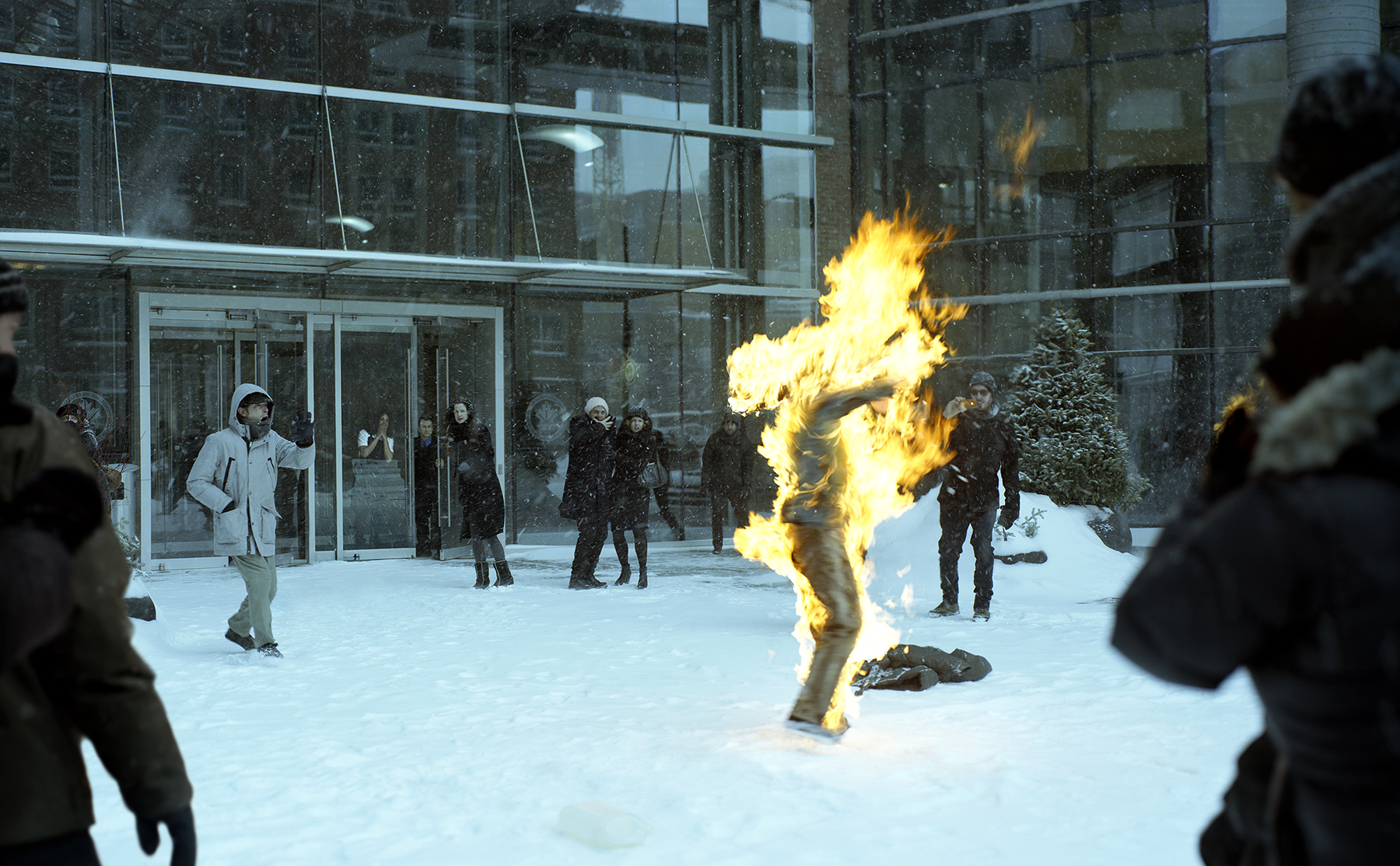