This edition is sold out.

Françoise Sullivan, a unique artist with a multidisciplinary practice, first gained recognition as a dancer and choreographer, before turning to sculpture in the 1960s, to conceptual art in the 1970s, and finally to painting in the 1980s, a practice she has been pursuing ever since. Along with Paul-Émile Borduas, she was one of the founding members of the avant-garde Automatiste movement and a signatory of its 1948 manifesto, Refus global. Her work has been the subject of countless solo and group exhibitions, including the 2018 retrospective at the Musée d’art contemporain de Montréal and currently touring museums across Canada. She was the recipient of the 1987 Prix Paul-Émile Borduas , and holds two honorary degrees. She is represented by Galerie Simon Blais in Montreal.

In 2018, Françoise Sullivan returned to printmaking, which she had only rarely practiced. It is with a limitless curiosity that she sets out to extend the range of possibilities and experiment using form and color. Murmure (2018) evokes the flowing of a stream , its variations of sound and colour shaped by the passage of time. It also echoes the conceptual series Portes et Fenêtres bloquées started in the second half of the 1970s, and becomes the imprint of an immured window, a trace of the artist’s performative gesture.

The print is framed with a white lacquered wood moulding and is part of a limited edition of 20 copies. 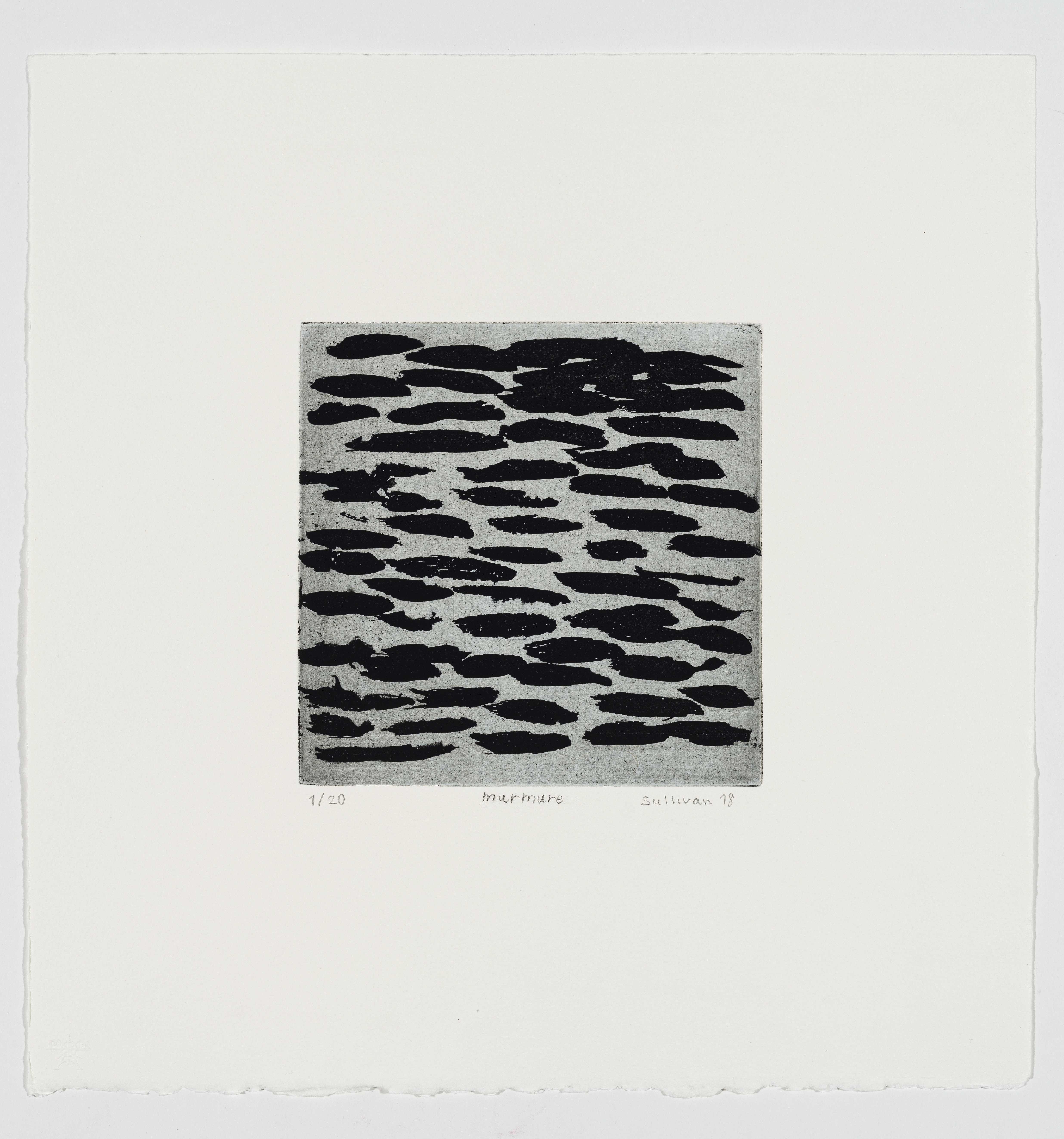